An Australian female Supercar driver was making waves in the racecar industry and has now packed it all in to be an adult film star and she even has her own OnlyFans account.

Renée Gracie was Australia’s first full-time female Supercar competitor in 14 years, according to Fox Sport, but has now had a change in career due to circumstances. 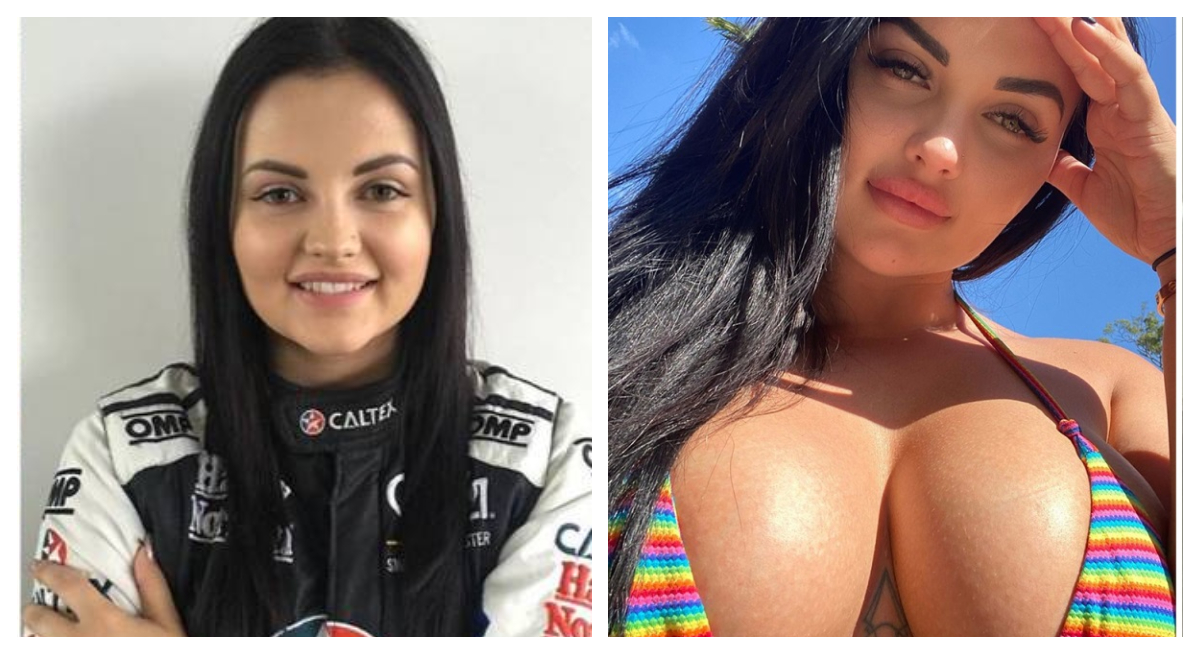 Back in 2015, Renée partnered up with Simona de Silvestro in a Ford FG X Falcon for the Bathhurst 1000 V8 Supercar Race, marking the first all-female pairing since 1998 when Melinda Price and Kerryn Brewer buddied up.

However, the duo faced a series of poor results and then Renée found it difficult to find further funding. Eventually, she was disheartened to find she had been replaced by another driver.

Keen to still make money and have a nice lifestyle, the 25-year-old worked at a local car yard when she came across OnlyFans.

She discovered that the subscriber based website would allow her to create content and people would pay a fee, in particular for X-rated material. Renée wasn’t put off and actually found the idea of being an adult film star quite appealing. Therefore, she signed up and made an account.

Within a week of being a member, Renée was delighted yet surprised to see that she had made $3,000.

The brunette beauty has now amassed 2,800 dedicated followers who follow Renée’s account to see the exclusive content she doesn’t share anywhere else. She is now making around $25,000 a week, just through selling photos and videos of herself that are X-rated.

Although many parents would be disapproving of the career choice, Renée has said that her dad is very understanding and is proud that she’s financially stable.

Renée told the Daily Telegraph: “I pretty much do everything. I do whatever it is people request. I sell those photos and people tip me. I have been able to pay for a house. I have a 30-year loan that I am about to pay off in 12 months.”

However, Renée has admitted that the most troubling thing for her was having to let her racing career end. She has accepted that it had to happen though, as she wasn’t getting the results she or anybody else wanted.

She added: “I got over it and realised I wasn’t good enough and moved on. I was then selling cars at a car yard, busting my arse, and a couple of fans suggested I do OnlyFans and it started from there.

“I have no interest in going back. Racing cars in my eyes is not the pinnacle of what I have done. What I am doing right now, I would rather do than race around Bathurst.”

What makes it easy for Renée is that when she was in the racecar industry, she would often find herself struggling. Nowadays, she can buy anything she wants and doesn’t have to rely on anyone else.