An Arkansas man pleaded guilty Monday to a tree-chopping spree in a Missouri national forest.

Jamie Edmondson, 46, chopped down 27 walnut and white oak trees from the Mark Twain National Forest in Barry County between June 2019 and January 2020, according to a news release from the U.S. Attorney’s Office.

Prosecutors said Edmondson didn’t get permission from the U.S. Forest Service to remove the trees.

He’s accused of selling the timber at sawmills throughout the area. The timber was estimated to be worth $20,269, officials said.

Federal agents installed surveillance cameras after the first trees were cut down and taken from the forest. The cameras later caught images of Edmondson’s truck, according to officials, and authorities later located the vehicle.

Officials said the ecological damage to the forest and cost to reverse it is estimated at more than $40,000.

Edmondson pleaded guilty April 19 to one count of depredation of government property. He could face up to 10 years in prison without parole.

Officials said Edmondson will be sentenced after an investigation by the U.S. Probation Office.

Mark Twain National Park is 1.5 million acres and spans 29 counties in the southern half of Missouri.

In March, more than a dozen trees vanished from the Chickamauga & Chattanooga National Military Park in northern Georgia “including several old-growth oaks,” McClatchy News reported. One person was arrested and accepted a plea deal. 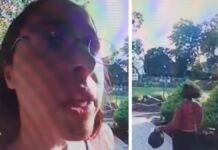 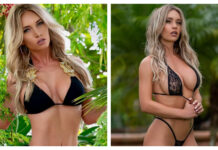 Sara is breaking down any barriers 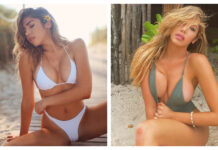