If your opinion about Owen Wilson is based on a conclusion from the roles he has played in the past, you’d likely think that he is an awesome father.

Sadly, this doesn’t seem to be the entire truth. He has three children with three different women, and he sees his two sons relatively regularly.

Yet, he has never met his daughter – despite paying an amount of $25k every month in child support.

Owen Wilson, aged 51, has two sons from two previous relationships. But, he refused to acknowledge his most recent child at first. The child was born in October 2018, and the actor’s ex Varunie Vongsvirates had to file a paternity petition in court in May 2018. This came as a result of Wilson’s refusal to believe that he was the father of the little girl, named Lyla Aranya Wilson.

In July 2018, the famous actor said he didn’t want visitation rights because he didn’t believe baby Lyla was his child, despite the unbelievable resemblance the two of them have. Wilson ordered a DNA test instead. Certainly, the results from the test proved that he is the father.

Once the results proved that he is the father and consequently has a financial responsibility towards the child, the courts ruled that he has to start supporting his daughter. So, now he pays $25,000 per month to his ex for his daughter’s care and expenses and added her to his Screen Actor’s Guild medical insurance. Wilson had to pay a one-time amount of $70,000, too, which covered a night nurse, labor coach, and his ex’s lawyer fees.

Yet, all decisions about the girl – medical, education, etc., are lawfully made exclusively by her mother. As of right now, it looks like the actor doesn’t want to be involved with his daughter or his ex in any way.

The former pair signed documents in which they agreed to not slander each other online, in interviews, or in public. Even though the mother has full custody, she has revealed a few times on the internet that she still wants the girl to meet her father. To a question if she has a message for her ex, she answered this:

“You should see your daughter, she’s incredible, you’re really missing out. She looks just like you.”

Vongsvirates says that her daughter needs her father and that she deserves his time and attention, similar to his two sons, Ford and Finn. Hopefully, Wilson will come to his senses, and Layla won’t have to grow up without her father’s love. 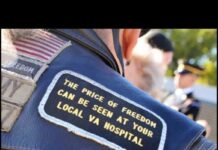